On Saturday 15th and Sunday, July 16th, the GAME OF THRONE 7: Winter is Coming by Sky Atlantic, was held at the Sforza Castle in Milan.

An event dedicated to the famous TV series, culminating with the most important moment: the projection (Sunday at 3am o’clock) of the first episode of the 7th season of the Game of Thrones, simultaneously with the United States.
How could we miss it?

It would have been difficult to think of a more suitable place for Sforza Castle to present the fantasy saga that now involves millions of viewers around the world. For a moment, the Weapons Courtyard has become a fantasy, magical place, with the impressive installations of the world of the series.

Dragons, banners, cosplayer parades and stage performances, which have ferried us into the Seven Kingdoms to prepare for the launch of the first episode of the 7th season of the most watched US television series in the world! Game of Thrones! 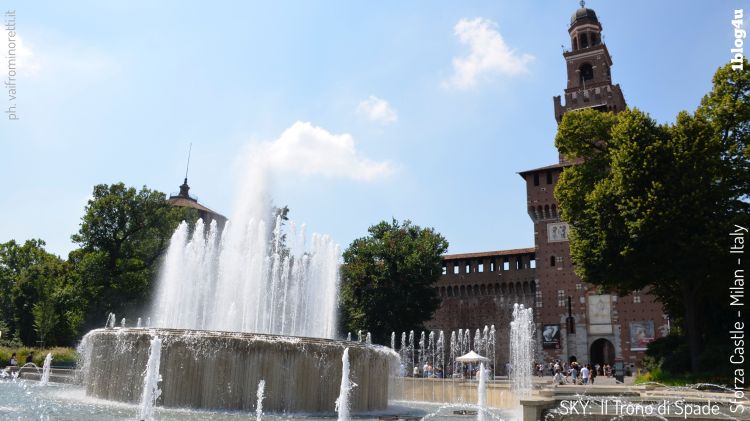 Also transformed is the “fountain Wedding Cake” (so called by the Milan’s citizens, because it resembles a wedding cake), in front of the Filarete Tower, which, due to the work of the scenographers, who covered it with frosted ice sheets, appeared … iced! Watching it was almost a relief, since in actually the heat melted the stones … 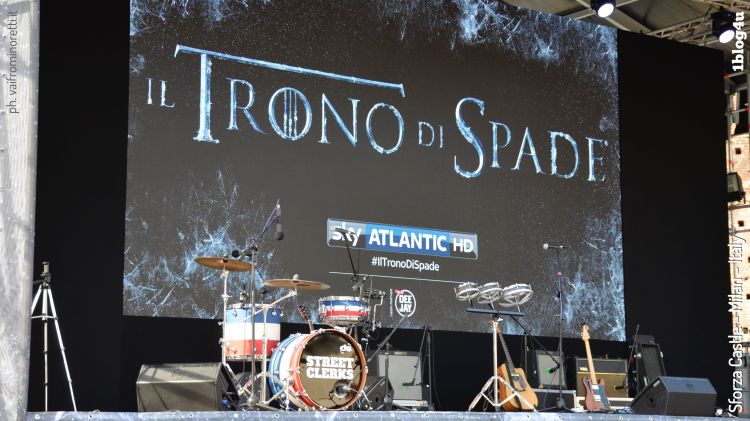 Even the music players a role; Street Clerks took center stage on Saturday, while Sunday there was a Dj set by Radio Deejay (media partner) with Alex Farolfi.

Another significant note, the arrival of runners of “The Marathon”. In the days before the start of the event at the Castle, a group of marathoners ran across Italy, starting from Castel Sant’Angelo in Rome, to the Sforza Castle, following the first six seasons on a mobile screen (on the back of a bus they were following) of the series.