A day off in Turin, visiting, drinking a coffee, taking some pictures and having a chat with our friends at the GM Drum School.
I met Gigi Morello thanks to an acquaintance in common, but I must say that I got to see him at work, along with Giulia Cardia, on the occasion of the important “Torino Rock all’Amatriciana” initiative in Turin (http://gabriellaruggieri.com/1/torino_rock_all_amatriciana_1207064.html).
Who is Gigi Morello? A respected person. Worthy of respect.
On that occasion, there were people involved politically: we say that there were members of various genres and party colors.
That for the common good they had left “the jacket” at home.
He, Gigi Morello has succeeded in an epic enterprise.
Why? Because he is a respected person.
Respect, “that thing” that today has become a very rare, almost impossible to find!
But, as I said before, we jumped at the chance to learn more about the GM Drum School which here below (albeit briefly) we present to you through the words of Gigi Morello whom we thank for his availability.
Enjoy the reading
Gabriella Ruggieri for 1blog4u

What is GM Drum School?
GM Drum School is one of the greatest Italian realities on drum teaching.
Founded in 2008, it now has seven offices in Italy and one in the USA.
GM Drum School, in particular, is the first 100% Italian educational institution in the USA.

What and how was the GM Drum School project born?
Contrary to what one might think, GM Drum School was not born as a musical project but as a unifying purpose for uniting teachers who represent one of the most badly treated musical instruments in Italy, acoustic drums.
Perhaps not everyone knows that even today the drums is considered a tool of secondary importance, sometimes not even associated with “true musical instruments”, which does not even have the dignity of being able to be included as an important instrument in the plethora of universally recognized instruments as “noble”.
Currently the only diploma recognized in Italy, near the drums, is the diploma in percussion, which obliges a student to prepare for years on instruments that, although being percussive, do not have much technical similarity and coordination with the drums.
Yet the drums is a supporting instrument in at least 80% of the music heard worldwide, and has a technique, a complexity and a constructive insertion in the music of the whole world, surely very superior to other musical instruments more noble or recognized as “important.”
GM Drum School therefore has been concerned with uniting the differences that have always divided the small groups of drums teachers into a systematic program that includes the importance of the “drums musical instrument” without segmenting the program in favor of part individualism. 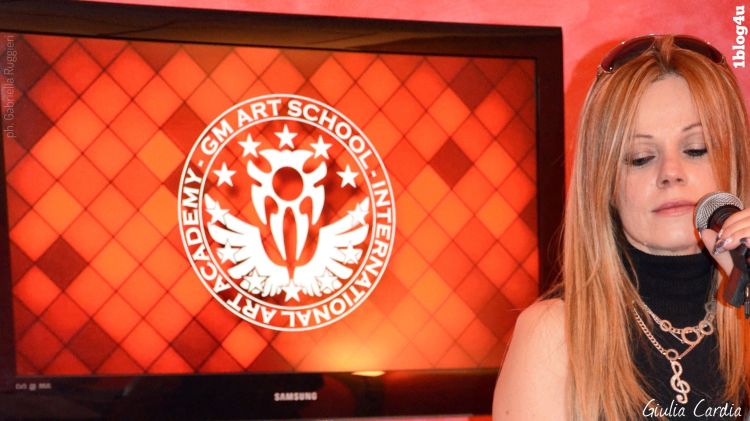 It has been difficult?
Yes a lot. Above all, combining the thousands of stylistic and teaching methodological differences, giving each one the due importance, without leading to musical racism, another major scourge of the state music educational system, where only some musical genres are considered “worthy” to be studied.

What were the main obstacles?
The difficulties were of two kind, the first the study of style, the second that of the non-uniqueness of the didactic path, which is often used for the benefit of the ego of some teacher, who wants to excel using his own method as “the method to use” while often there are many roads that lead to the same place, each with its own dignity and effectiveness.
The method of Gigi Morello is NOT taught in the GM Drum School, I am simply the guarantor of education and I make sure that it happens in the best way and that the students get real results.

I understand then, that there is no single teaching method in the GM Drum School, right?
Exactly. There are agreements on what are the results to be obtained, there are certain exercises necessary to learn how to use one’s body to the fullest, in relation to what one has to play, but there is no single method.
Each teacher can teach in his own way. As long as its way leads to the established and universally recognized results.
In style instead, since every style is to be considered as a language in its own right, with its own words and expressions, we let an expert of that musical style speak, and this does not give importance to anything other than the experience of the teacher in that particular style.
Basically if a Middle Eastern musician excels in a typical style, for example from the Middle East, he has the right to speak more than any professors who have studied years of musical treatises, but who have never played that style and above all lived it.
For years we have been offering masterclasses and clinics of the leading exponents of various musical styles alongside drum technique luminaries, for example the great international teacher Dom Famularo, he has been called Drumming’s Global Ambassador due to the many places he visits and vast number of people that hear him speak each year. Dom is known for his open handed playing style; or Aldo Mazza of KOSA International which runs a permanent percussive network in Canada, USA, China and Cuba; or Sergio Bellotti who teaches at Berklee College of Music in Boston and who has been bringing courses to Italy for years that were previously possible only by investing thousands of dollars abroad and… many others.
People who teach us technique and styles that allow us to convey what we have in our hearts with our instrument. 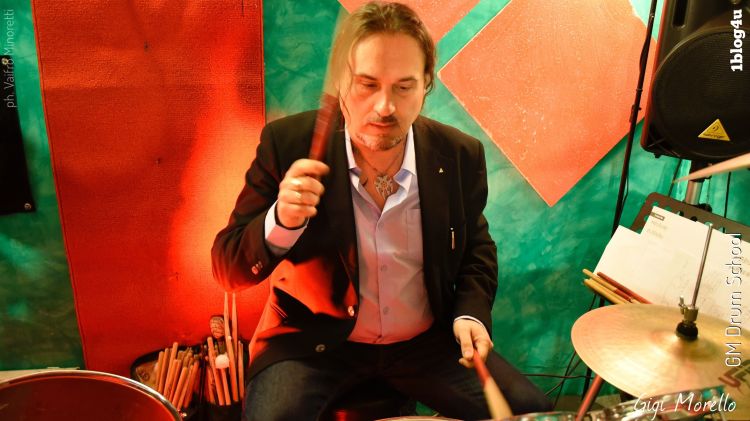 Besides being the “Principal” of GM Drum School, who is Gigi Morello as a person? If you were to introduce yourself, in this context, what would you say about you?
First of all, I am a person, a friend, a companion, a father. I also live in today’s society full of oddities and meaningless things that are continually propagated by the authorities, be they political or cultural.
I try to live with these things as best I can, doing my best, with a constructive perspective…
I am a great lover of culture, I am interested in philosophy, religion, history and sociology, but above all I am interested in cultivating similarities between individuals, rather than focusing on differences.
I am inclined to look for the reasons why people should be united and not those that could divide them.
We are all different but with common points and I like to focus on the positive aspects.
With those who share this point of view I collaborate very willingly. In this regard, I wanted to thank with all my heart the people who have worked with me for years to carry on this somewhat atypical reality, where teaching is combined with an ideal dialogue of brotherhood, my partner Giulia Cardia, who besides being a excellent singer is vocal coach and also takes care of the administrative part; Cristiano Coraggio, who is now our National Didactic Director and has embraced our project for many years with commitment and dedication; Roby Vitari who is our Director for the United States and has agreed to represent an Italian school in the USA, which is not at all easy; Franco Stella the Vice President who has shared hundreds of situations with me since the beginning; all the Directors of the GM Drum School offices in Italy: Franco Palumbi, Costantino Perin, Andrew Desogus, Leonardo D’Angelo, Fabio Losano, Alessio Benedetto who have, in addition to musical preparation, what is most important for a teacher: they are good people, who love their students and are the first to be happy when they achieve results.