The staff from 1blog4u attended the event to document with the Vaifro Minoretti’s photos, the wonderful works of this extraordinary artist.
Here following some meaningful notes concerning GIUSEPPE FATA’s career. 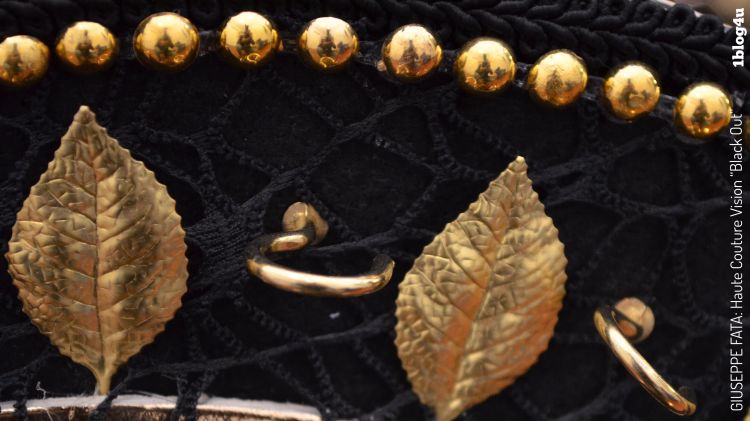 Creative Director Head Sculpture International Art Designer and recognized as “Hair Stylist of the Divas and Hair Designer Of Haute Couture”.
—GIUSEPPE FATA is graduated Maestro of Art to the National Academy ANAM in Florence and he has become Academic Teacher to the National Academy ANAM in Rome, for then to form himself as stylist of Haute Couture accessories at Accademia di Moda. From here he begins his overwhelming activity in the world of the fashion and the show business.
— In 1999, at the INAI National Institute, he won three titles as the Italian Champion of “Haute Couture Hair Stylist” and from there, his career is unstoppable.
— He has worked with internationally renowned personalities such as costume designer Gabriella Pescucci, Oscar winner of the film “The Age of Innocence” by Martin Scorsese; “Cinema goes to Fashion” Galleria Alberto Sordi in Rome, Rome International Film Festival; “From Hollywood to Via Veneto” with Sean Connery, Nicole Kidman and Monica Bellucci; for Studio Galgano he contributes to the top models’ hairstyles for the “Fifty Years of Italian Fashion”; we find him in Lyon with the Sergio Valente Award Team.
— In 2001 he won the prestigious International Hair Designer “Sergio Valente”, which includes him among his precious collaborators. 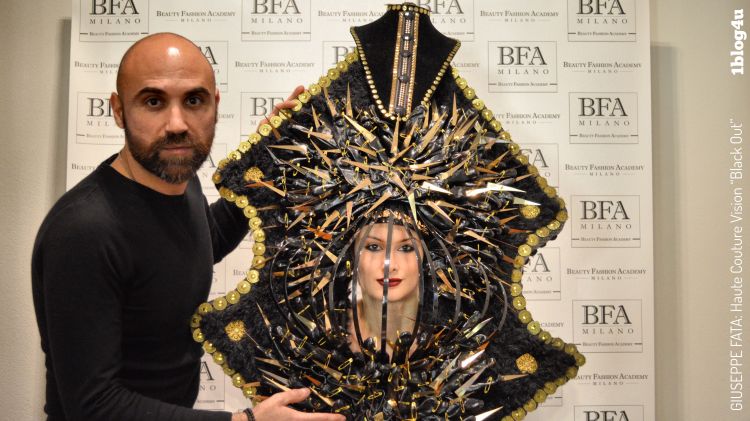 — His art is honored by the city of Rome, which awards him the appointment of Ambassador of Fashion, Art and Italian Style.
— He has worked for numerous television programs: the Vatican Christmas Concert, Donne Sotto le Stelle (Canale5), Cinema e Moda (Rai2), Telegatti Performance Grand Prize (Canale5), Sanremo Festival (Rai1), Io Canto (Rai2 ), Dancing with the Stars (Rai1), Festa Italiana (Rai1), Mia Martini Prize, Domenica IN (Rai1), Vita in Diretta (Rai1).
— In 2003 GIUSEPPE FATA was received, on the occasion of the Vatican Christmas Concert, by Cardinal Camillo Ruini, Vicar General of His Holiness for the Rome Diocese, and on the same day by His Holiness Giovanni Paolo II.
— Meanwhile, in 2005, the meeting, at Palazzo Chigi, between the Prime Minister Silvio Berlusconi and the fashion designers of Haute Couture.
—In 2006 he receives a parchment of Benediction from Pope Benedetto XVI as Italian Artist.

— For the love and dedication to his land, Calabria, in 2007 he was awarded President of the Regional Chamber of Fashion Calabria on a proposal, from Rome, by Princess Costanza Afan De Rivera Costaguti Florio.
— In 2008 he has been chosen to handle the award “Premio Giuseppe Don Blasi” to the Oscar prize winner Roberto Benigni.
— In 2011 he was received by the President of the Chamber of Deputies, Gianfranco Fini and, later, in Campidoglio by the Mayor of Rome Gianni Alemanno.
— Among the numerous prizes awarded: International Excellence Award Italy, Silver Elephant Catania, Ago d’Oro, Pericle d’Oro for fashion; International Fashion Designer Award, National Award ANAM Teatro Ariston di Sanremo, National Award ANAM Florence, Hair World Paris 2010 section High Fashion Bride, Gold Medal Awarded by Prince Carlo Massimo Di Savoia, The Look of the Year. HERACLEA Award 2013.
— Lover of the Culture of Entertainment and Art, he is not satisfied with the Academic Teaching Diploma but, for his deep passion, specializes also himself as Art Director and creator of Great Events, among which we remember the Conference on Cinema, with the presence of the Oscar winners Carlo Rambaldi, Osvaldo Desideri and Aldo Segnoretti.

— In the year 2015, the consecration with the appointment of President of the Camera Nazionale Giovani Fashion Designer.
— 2017 appointment of President HAUTE COUTURE VISION – Milan – Paris – New York.
— In 2017 he became Officially Executive Member of the Swiss National Chamber of Fashion, participating in the famous “Fashion Under The Stars” kermesse at the LFW (Lugano Fashion Week).
— on the international scene GIUSEPPE FATA is among those who have contributed most to keeping the name “Made in Italy” high in the world, through the exaltation of taste and beauty that are in this great genius of creativity.

What to say? Chapeaux! Long live this artist!
Before closing this brief, though significant, excursus on GIUSEPPE FATA, I want to personally thank him for his kindness and having given us access to the backstage.
Gabriella Ruggieri for 1blog4u