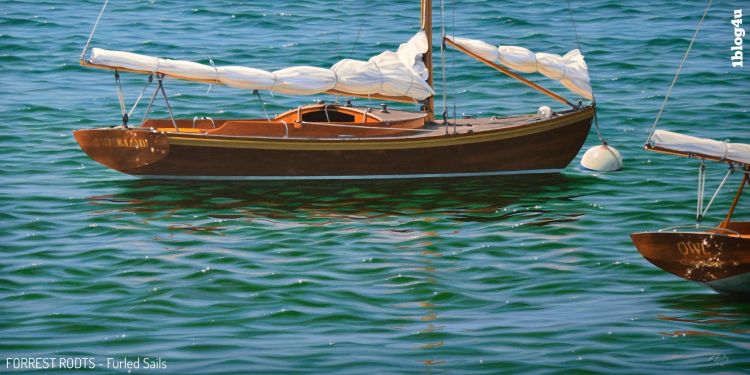 I first encountered Mr. Rodts’s talent on Twitter, by hitting the like button on a post with one of his paintings.
I did not even realize it could have been a painting for how perfect it was. In fact at first I thought it was a photo instead. It was very detailed with a few wooden moored boats one next to the other, like team mates resting together after the adventure. A white sail rolled up and the hull reflecting on the ocean.
While admiring that paint, it came to mind that at times all we would need is a small boat, to taste some freedom.
It seemed to be able to see the pitching hull accompanied by a light slap, a gentle rocking, a light warm breeze, the smell of salt and those typical light reflections of the small waves movement, when the sea is calm and… that alone gave me a feeling of quietness and stillness.
I kept watching it and it seemed like a nice break from hectic everyday life.
I tried to find his contact info on a social media and eventually I decided to contact the man also know as the “Caravaggio of New England”.
A bit shy… knowing how artists can be at times? Also considering my almost zero tolerance against all forms of snooty, arrogance and rudeness, you should understand my fear in contacting him
but instead, amazingly enough, I came across a very nice person. A person who stands behind the meaning of the word gentleman! Really!
(He was also very considerate and helpful despite my poor English skills).
I asked for clarification, and when I got confirmation that those were indeed his paintings and not photo edits… it was, again, love at first sight.
I went ahead and searched for all photos I could find of his paintings, each one being uniquely beautiful and I made an album to which I keep adding on.
It is not an easy task to describe the sensations (especially from a painting), because (just like memories) those are personal feelings, but trust me… it’s really worth to take some time and explore the work of this artist. Below you can read a short interview he kindly granted us. (Gabriella) 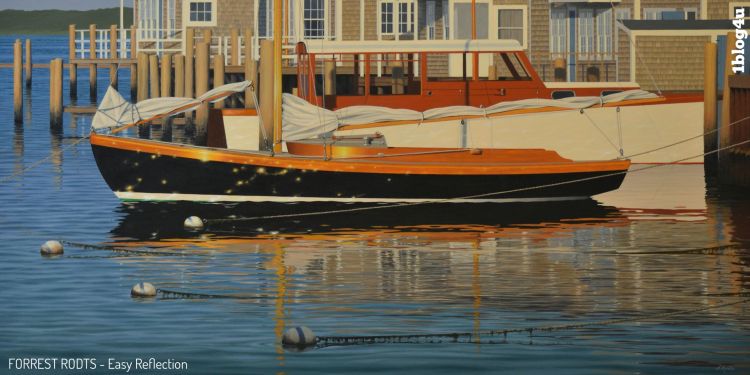 1blog4u: welcome on 1blog4u
Rodts: it is my pleasure to join in

1blog4u: tell us about your academic career, where did you learn the art or drawing?
Rodts: as far as I can remember, I always drew. Initially only in pencil. But when I went to College in Hobart Upstate, NY I started painting. I graduated in economics but with a second major in Fine Arts. (Graduated from Hobart College with a B.A. in Economics and a minor in Fine Arts).

1blog4u: was this course of study your choice or your parents?
Rodts: it was a combination of both. I come from a very conservative family, so I did not have much expectation or hope that art could became my career. I always thought that I would end up working in some kind of a business environment. In Fact after graduation I started working in an investment bank… but I did not like that at all (note: hated it) and therefore, totally changing path, I started an acting career in New York. That lasted a couple of years, did not go very well, but at least I had more time to paint and with series of fortunate circumstances, I managed to make it, my profession. We are now talking of the year 1985. 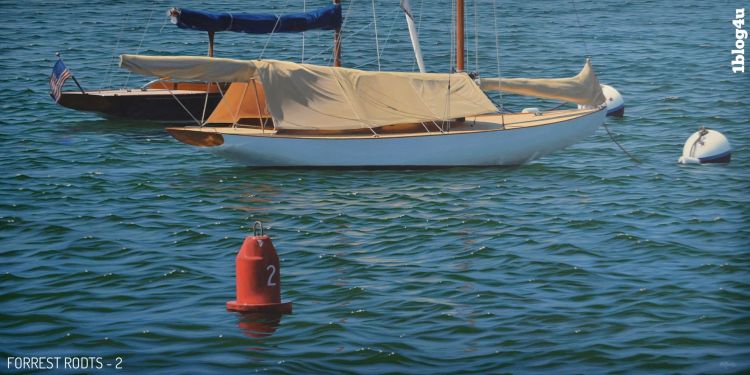 1blog4u: was your family supportive?
Rodts: yes, they did realize that I had a natural talent and therefore rather than opposing it they actually supported me.

1blog4u: and you when did you noticed? Perhaps a box of pencils that were given to you as a Christmas present? Or in kindergarten? When did you realize that drawing was inborn or at least an essential part of yourself?
Rodts: I think it was in high school, although initially only drew in pencil (draw) and in b&w. Later, when I was in college, I began to paint in color and to show my work to an association of artists in Nantucket and it is at that time that I decided that this would become my career.

1blog4u: do you remember your first box of pencils? Was it given to you or you just bought yourself?
Rodts: I bought it myself. 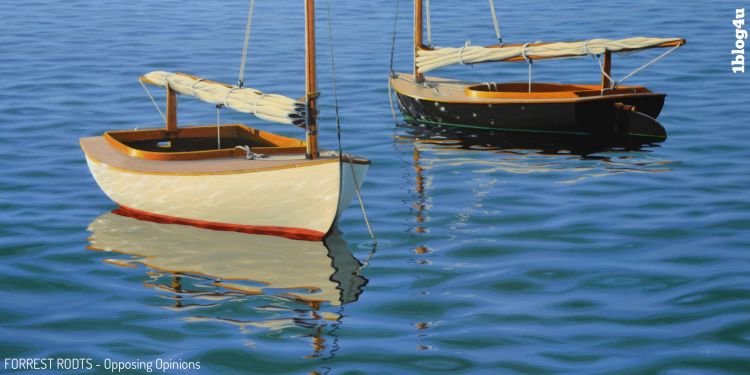 1blog4u:what about your first painting? Do you remember it? and is it still around?
Rodts: yes, the first painting is still there, hanging in my son’s room.

1blog4u: why there was such a major change of career in NY?
Rodts: well, first off I realized I was earning more with painting than acting. It was a natural choice. Besides, while attending College I was lucky enough to have great teachers who helped me to enhance my technique, or at least, to improve what I had already learned on my own, following my natural inclination.
1blog4u: do you paint at home or at a studio?
Rodts: both… the studio is actually on the third floor of my house.

1blog4u: to whom you sold your first painting? When was your first show?
Rodts: I still have a copy of the check of my first sale. It was a painting bought by a friend of my family, her name was Carol.
After approximately two years, in1986 I did my first show in Nantucket, Massachusetts.

1blog4u: what makes you love the ocean so much? In fact it seem that you like just about anything water and ocean related

Rodts: I have always loved the sea, there is nothing that fascinates me more water. I like to draw it, and while perfecting my technique. Let’s say that it provides me with peace and a inner calm that is hard to explain. Even when I paint rough sea…
I live in Marblehead, Massachusetts, with my family (wife and two children), close to the ocean… and it was a choice. 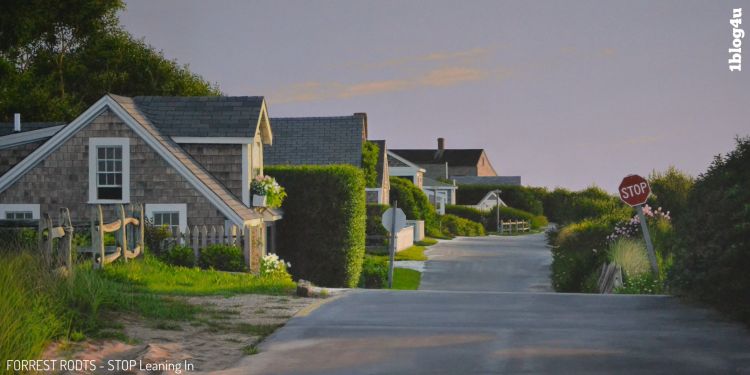 1blog4u: during your career, have you ever met negative people that told you would have never made it?
Rodts: never. Neither my parents, who have always been by my side, nor the people I have met thereafter.

1blog4u: who are painters who have inspired you?

Rodts: yes, one and for all: Andrew Whyte. My biggest inspiration. 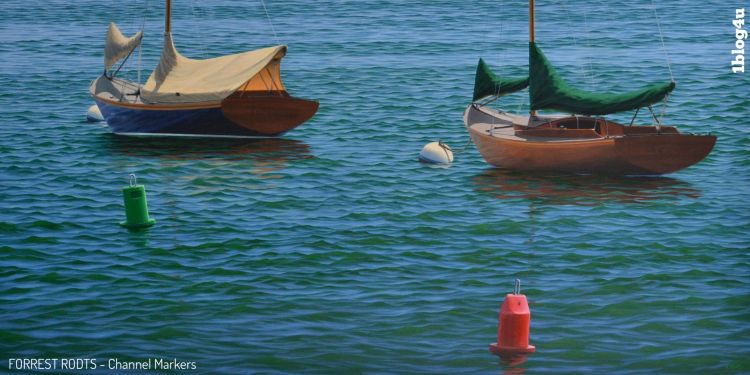 1blog4u: do you have any hobbies?
Rodts: yes, I play guitar in a cover band and is an excellent opportunity for me to get out and relax at the same time. As I said before, music is part of my life.
1blog4u: if you were not an artist, a painter… what other profession do you think you could have done?
Rodts: I probably would have been an architect.The interview came to an end with one last ritual question and recurring thread of all our interviews
1blog4u: What would you say to a person who would have an interest, or the dream of following a career like yours?
Rodts: to work hard but also to work alongside the right people, those who will inspire you, guide you. But also to make sure you find a good vehicle to promote their art.Thank you Forrest for taking the time. It is always a pleasure to meet people who know how to combine beauty in whichever form it presents itself while showcasing it with kindness and lightness.
(Sergio) 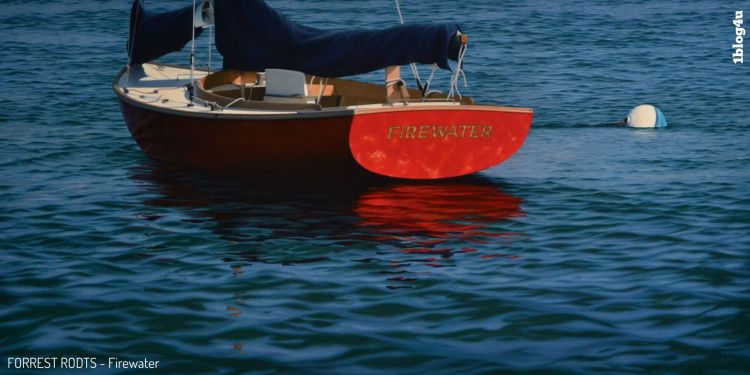 Forrest Rodts is a discreet and humble person as one may easily perceive by browsing the section “about the artist” of his site https://www.forrestrodts.com … On the same website one could also learn that Forrest has won, throughout his career, numerous Awards, and is a member of “the Artist Association of Nantucket” and “Marblehead Arts Association”. His paintings can be found at the Gallery “Quidley & Co.” Nantucket and Boston and at “The Gallery Barn” in Martha’s Vineyard, MA. Not to mention that his works can be found in private collections in the United States, Canada and Europe.
Visit the Gallery