ROCKPORT: at the northern-most tip of Cape Ann, and a mere 37 miles from Boston, sits the picturesque seaside village of Rockport. Settled in 1690, Rockport quickly became the leading supplier of granite as evidenced by the many outcrops of its old quarries. Today this lovely little town is primarily a suburban residential and tourist town, but it is still home to a number of lobster fishermen and artists. Its rocky beaches and seaside parks are a favorite place for tourists from the Greater Boston Area and Rhode Island among other places. 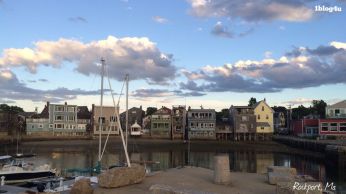 With Bearskin Neck and its many shops, studios and restaurants jutting out from the town’s center into its charming harbor, Rockport today boasts a thriving artist community and some of the most widely painted sea and landscapes in the world, including Motif #1. The harbor remains home to an active fishing fleet, offering visitors a unique chance to observe artists at their craft or lobstermen hauling their traps. Along Rockport’s historic Main Street, from Dock Square to Beach Street, Rockport is filled with scores of enticing gift shops, galleries, restaurants, candy stores, clothing stores and boutiques, alongside extraordinary cultural venues, most notably the Rockport Art Association and the Shalin Liu Performance Center. 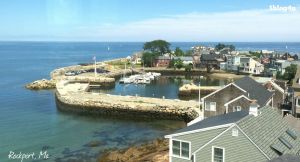 Bearskin Neck is a small neck of land that juts out of the town center into Rockport Harbor. Legend has it that the small peninsula is so-named for menacing bears that early settlers routed onto the neck and hunted. Rockport’s early fishing and granite industries made Bearskin Neck a busy commercial dock area owing to its convenience as a landing place. The tip of the Neck actually housed a fort during the War of 1812 which was fired upon regularly by British warships. Today the rocky end of the Bearskin Neck jetty offers a fine view of both Sandy Bay and the town of Rockport.

What really makes Bearskin Neck one of the principal attractions in Rockport however is the quaint little studios, shops, and restaurants that line its narrow roads. Bearskin Neck is a bustling artist colony where one is just as likely to see an artist at his easel as a lobsterman hauling his traps. Bearskin Neck is a store, restaurant and gallery filled peninsula off of Rockport. It’s where you want to explore first when you visit this town. You could spend hours on it, visiting the shops, having a meal or snack and just enjoying how freaking cute it all is.